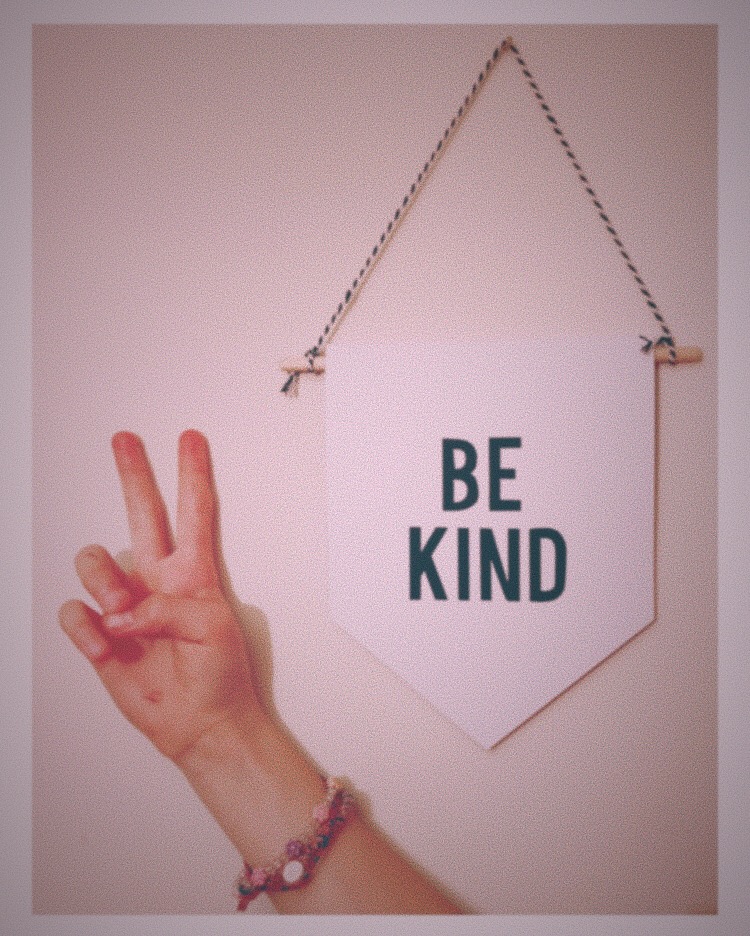 Lately it seems that you cannot get away from negativity. The world seems to be going completely backwards with everyone being a sexual predator or phobic about everything. It disgusts me how many (not so ) closeted racists exist. You can’t live in Britain without hearing the word Brexit about ten times a day and if you’re American – well – I can’t even express my utter disbelief that so many of your habitants voted the most disgusting person to be in the most powerful position.

You can’t seem to say anything without causing utter uproar. Everyone seems to just be constantly whinging about something. My whinging is usually that I have run out of cheese or no matter how many times I do the dishes there are more dirty dishes but god, everyone is just so serious nowadays.

I saw the cutest video earlier of a little kid that had made his Mum a coffee on one of those pod coffee machines. His Mum was right next to him he was obviously not in any danger whatsoever but the abuse this woman got letting her child make a (blatantly supervised) hot drink. I watched it and that “Ah cute, wish my kids would make me a bloody cup of tea” someone actually wrote “This woman doesn’t deserve kids, he should be taken off her”. Why? I was taught “If you don’t have anything nice to say then don’t say anything.” This seems to be lost.

Why waste the energy of just being negative? It is so, so boring. Social media was an incredible invention of re-connecting you to old friends, sharing videos of puppies and uploading the song of the day. Not for bringing people down and being vile.

Then, one day you see social media work in the way it was supposed to.

Two weeks ago today, something horrendous happened. It was the Cardiff half marathon and two young men lost their lives after suffering fatal cardiac arrests. I didn’t know Dean, but I did know Ben.

When something utterly tragic happens that when your faith in humanity gets restored. Ben’s family set up a fundraising page in his memory for a charity in North Tanzania called Maternity Africa. June, who directs the charity delivered Ben into the world. I watched the donation page closely and I still can’t quite believe how many people have donated to the page. I saw multiple donations from fellow runners just because they ran, and they were saddened by what had happened. Friends, family and strangers have been so generous, and I have just checked it and the amount is currently at £17,143. The kindness hasn’t ended there.

The endless stream of people checking in on the family with food, flowers and kind words. The outpouring of love from all his friends sharing videos of Ben just living the best life. The band Ok Go sent a message of love because Ben had chosen one of their songs for his snowboarding video. There are so many kind gestures that have happened I am just in awe of people.

Kindness doesn’t always have to come from tragedy either. This week it was my daughter’s birthday and she lucked out and had an inset day. There was only one place she wanted to go and that was Bigmoose coffee which has become a home away from home. On hearing we were coming, the wonderful staff that I have now cemented into my circle went beyond for Syd. We walked in and the had made a reservation sign with a massive birthday balloon and a little present. The present – a mini version of their staff t-shirts. The also made her own mini cake which was presented with candles and sparklers and the entire staff singing happy birthday to her.

Humans are incredible. When you are at your lowest try to remember this. In your darkness look up and you will see lights flickering on of all the people that care holding a torch to guide you back home. There are so many good eggs out there and although at times it feels like we are losing sight of what is important, it is a small fraction of people. The good will always outweigh the bad. There is always a positive from every negative.

Life is too short to be filled with hate for your fellow humans. A great (fictional) man once said, “While we may come from different places and speak in different tongues, our hearts beat as one.”

Use social media for sharing happy thoughts. Tell the people you love you love them. Get to know your neighbours. Drop your mates a text for no reason. Pick up the litter that isn’t yours. Help that person that looks like they are struggling. Give people compliments because Smiling is contagious.

Most of all, Be kind.