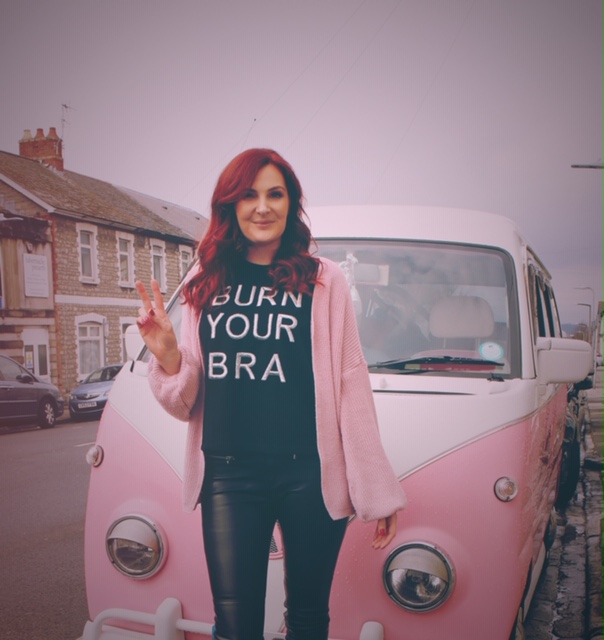 Posted at 19:00h in Blog by Nicki Smalley 0 Comments

I wrote a blog at the start of the year on an particularly emo day of mine. I can’t quite recall what had happened I think maybe I was surrounded by mountains of dirty washing but there was no washing powder and it tipped me over the edge. 2017 I had a pretty dark period in which my anxiety – which I have been suffering with for many years – went sky high and stayed there for a few months. My insomnia cranked up tenfold and my food wouldn’t settle well. There was a point when I just wanted to stay in bed and not have to face the world.

I forced myself to get up and get out. I went to work, I did the things and I got through it all little by little. I made some plans for what I wanted in 2018 because I knew that I could not carry on the way I was living. I was sad, and it was palpable. I tend to not look after me I make sure everyone else is okay but if I don’t look after me then I’m going to burn out and then no one will be able to look after the people I look after.
The first thing on my list was to get a new bed. This may not seem like a big deal, but I have had my bed for almost 12 years and a double is not big enough for two people. Well, it is for most people, but my husband is a deep sleeper and a sprawler. I am a light sleeper. So, for us a double is not big enough. There have been times when I have been pushed out of bed. We purchased a super king and I honestly would marry this bed if I could. I have never felt such deep love for an inanimate object before. I still have nights of shitty sleep but that’s just how I am but most nights now I fall asleep and I don’t wake up for 6 whole hours and I still have cover on me and I’m still in the bed. This in turn has made me happier, more relaxed and less sad. My new bed is my new best friend.

The next thing on my list was to stop cowering behind a cushion and to get my shit out there. I want to be a writer, but no one can read my shit if I don’t let them. I have blogged for years, but it was private blog that was shared on Facebook amongst friends that would just say it was good even if it was the biggest pile of turd they had ever read. I have been making this website all by myself for the last three months and it has been HARD.

For anyone that has said bloggers/ vloggers do fuck all for money, man, you are wrong. The hours I have put into this is insane. I have plugged a chunk of money into it knowing that I won’t be making anything back, unless I become very lucky, but I have never felt more satisfied.

As ridiculous as the phrase YOLO is and I always used it ironically or for the lols I am adopting it now. We do only get one shot so why the fuck not? If one person or a million people read this, it makes no difference to me. I’m writing and it’s out there. No more hiding, no more panicking. I’m not going to please everyone but that’s the beauty of freedom (unless you’re being mean, that’s not okay)

I called this site Nicki bocker glory because I love a pun and it describes it beautifully. Bits of everything smashed together to make a delicious combination.

You will be hearing a lot from me.