Did ya miss me? - Nicki Bocker Glory
373
post-template-default,single,single-post,postid-373,single-format-standard,bridge-core-2.7.6,qode-page-transition-enabled,ajax_fade,page_not_loaded,,qode-title-hidden,qode_grid_1300,footer_responsive_adv,qode-content-sidebar-responsive,qode-theme-ver-26.1,qode-theme-bridge,qode_header_in_grid,wpb-js-composer js-comp-ver-6.6.0,vc_responsive 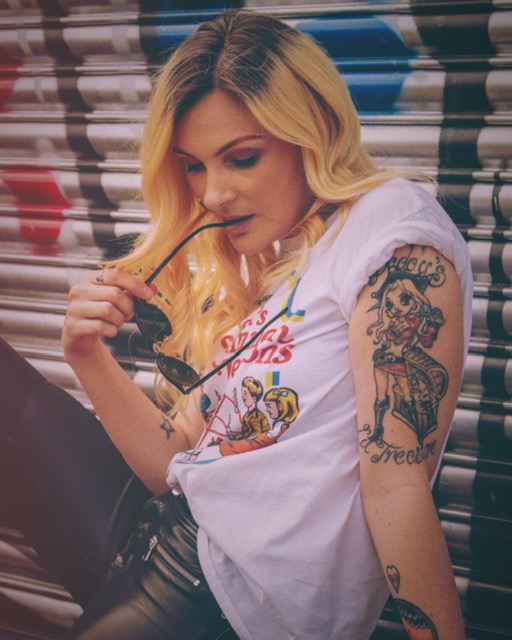 Posted at 20:00h in Blog by Nicki Smalley 2 Comments

Hello my gorgeous readers. As you are aware, I have been absent on here for a little while. Not because I fell out of love with what I do but because my old website host wanted like a million pounds to renew my subscription. I have, unfortunately, yet to make my millions, so I had to take the site down.

Luckily for me I have a lovely friend called Steve who is a bit good at making websites and now we have this sexy new site for you.
During my break a few things have happened, the biggest probably being that I have suffered a blip in my mental health which caused me to cancel pretty much everything I had going on. That included my awesome event I was throwing to celebrate a year of my blogging which I am devastated about but more importantly my second stab at my motorcycle CBT. (I crashed into a massive hedge on the first try, twice, awks!)

When I say blip, it was more than a blip really. I’m trying to be breezy and nonchalant here, but it was more of an earthquake than a blip.
Through this massive stress induced anxiety breakdown, I have now been going to therapy. This is a big thing for me to admit. I champion mental health so much and I want us all to be able to open up and share and talk and live in a non-judgemental world, but it still scares the shit out of me to be honest about this too.

I feel – and I know this is silly – that I have let everyone down. I am the mother of not just to my children but to my friends, I like to look after everyone, and I cannot cope with it anymore. I feel like I am not the strong woman that I strive to be because I let something slip and have now dropped all my juggling balls.

Then I realised that is my biggest problem, the juggling of the balls (how many times can I get away with saying balls?) I do too much. I take on too much. I feel too much, and I am certainly taken advantage of.
I don’t know if this is a negative or a positive, but I am a pleaser. (This blog seems to be full of bloody innuendos, soz!) I want everyone to be happy and looked after and the downside to this is 1. I don’t look after myself and 2. I am a fucking doormat.

My therapist has been forcing me to take time out after our sessions. I have gone to coffee shops and indulged in yummy pastries, I’ve gone and had my nails done (I burst into tears during this – it had been a super heavy session, the poor bloke!) I have managed to read an actual book which is something my forever buzzing mind has been blocking me from doing in the last few months. I mean, if you come around my house you can totally see that on my day off, I now take time to look after myself because it resembles a crack den now with all the shit that is piled up.

I have enjoyed the time and it has definitely reduced my stress and anxiety on that day but then I come home and the guilt sweats come that I have done things that have only benefitted myself, something I have not done in 14 years and I then become a quivering mess again.
Why do we feel like it is almost taboo to take time for ourselves? To do just whatever the fuck we want? My therapist wrote a word down at the end of one session and told me that I had said this word repeatedly. The word?

I kept saying that I was selfish for having a cinnamon swirl and reading a chapter of my book. I was selfish for taking a solo walk for an hour rather than doing all the things. This has been almost engrained in me that anything I do for me is not the right course of action. Almost like if it is something that isn’t including my husband or children then it is wrong.

The thing that I want to do is just to learn to ride a fucking motorbike, but it would be mine and mine alone. One of my best mates took me to a bike shop in Bristol and I found the helmet and jacket I wanted, and it would set me back a cool £500. Not to mention the money on learning and the bike itself. Then there is the danger element. If I have to hear the sentence “How can you be so selfish? You have kids. It so dangerous” one more time I will literally scream. This constant chirping in my ear is probably what caused me to crash during my CBT my inner demons telling me that I was selfish and risking everything just to please myself. I made myself fail by letting the doubters make me doubt myself. I get it but Christ, life is short, and I am not vanilla. I have been living this vanilla life too long. This isn’t what I wanted to be.

I know we must make sacrifices when we become fully fledged adults – even more so when sprogs are chucked into the mix, but does that mean to lose yourself completely? Does it mean that if I don’t clean on my day off instead, I go and just simply be, I’m a shit person? Does it mean that if for once some of the money that I have earned from working really fucking hard goes on something just for me I am a terrible Mum? I have no problem spending £100 0n the kids but £40 for a pair of proper workout trainers to stop the stabbing pains in the balls of my feet when I dance is a big fat no-no.

I want to zip down some windy beach roads on two wheels. I want to just sit in silence for an hour to read. I want to have time to write. I want to stop this constant ache in my chest and to untie the magnitude of knots that reside in my stomach, but I must be selfish to do so.

I need to bring me back and it’s not selfish of me to do that.