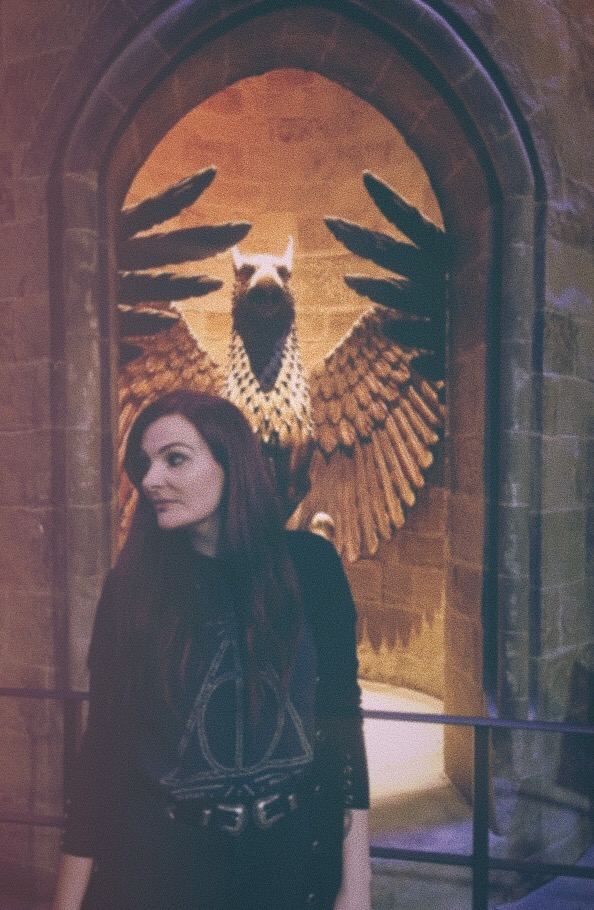 This is a pointless blog yet it’s probably the best one ever because it allows me to talk about Harry Potter which is one of my favourite subjects. I am obsessed with the H Potz and I don’t even care. I am a bit of a book snob too, so film adaptations must be pretty epic for me to like them (Jaws is the only exception so far, the movie surpassed the book)

People often ask me – well, they used to until they realised just how much I love Harry Potter – which was my favourite movie or book and it’s not something I can just whip out willy nilly. There is a colossal thought process to this that includes lists, possibly a graph and more than likely a spider diagram.

I try my hardest to see the books and movies as separate entities as we all know that the books are better. You can always fit more into a book; the narrative can be more complex and descriptive than a movie but then other times you are just hungover and want nothing more than to be in your pants on the sofa eating loads of crisps watching the movies because you don’t need to concentrate as hard.

I’m going to do a series of blogs listing my favourite book and least favourite movie and work my way through the list. Sometimes they may end up being the same but not every time.

Book
1. Half-Blood Prince.
This book is not only my favourite book of the series, but it is one of my favourite books ever. Still reeling from the death of Sirius begins shrouded in darkness and despair and you know that there will be no light or relief until the end of book 7. This is it, little rumbles of the gargantuan thunderous end. You learn all about the horcruxes and the sheer horror that such atrocities must happen to create them makes you understand Voldemort more. He is more than just a powerful dark wizard. His evil and unfeeling is more disturbing than you can even fathom but it’s not even a surprise when you learn about his family history and how he was conceived. I absolutely loved learning all about the Gaunts. Finding that they lived in squalor rather than grandeur yet still believed they were above everyone purely for their name, pure blood status and some remaining family heirlooms is so interesting. I wish J.K. would write a mammoth mini series of every sub story in book form not just on Pottermore.

I love the development of Dumbledore and Harry’s relationship throughout this book, to the sharing of the memories via the pensieve, to the epic journey into the cave and then the tragic demise of the beloved Headmaster.

Which brings me on to Snape. Never have I filled with so much rage in my life as I did in the final chapters of this book. We knew from the beginning that something big was going to happen as Snape makes the unbreakable vow with Narcissa Malfoy early in but reading that line “Severus, please” and Snape casts the Killing curse well, I was knocked off my (metaphorical) astronomy tower too. I couldn’t believe that that bastard was a death eater all along. Man, I want to punch him so hard in his hooked nose.

There is so much of this book I love but I can’t go into too much detail, so my absolute favourite part must be the Lupin and Tonks story. I cannot get enough of these two. Lupin is such a superior character when you delve into it. He’s an outcast due to his affliction/werewolfism. He finally makes friends in school and then James and Lily get killed. Then he finds out that Sirius gave away the secret to Voldemort of where the Potters lived, and he was in Azkaban for killing muggles and Peter Pettigrew – their other friend. He then had to live with all this grief and loneliness only to find out that Peter was actually a little shit all along and he was the one who caused the explosion that killed the muggles, he was the one who betrayed the potters and told Voldemort and framed Sirius. Lupin finally gets Sirius back only to then watch him die. Take all that in. how has he not keeled over from stress? So, for Tonks to love him and want him is just the most real magic out of the entire series.

Movie
8. Half Blood Prince.
I think it was inevitable that I was going to dislike this movie the most as it is my favourite book, but nothing could prepare me for the sheer shitfest that was HBP.

My brother – I am disappointed to say – hasn’t read ANY of the books (Don’t, I can’t even cope) so I have no idea how he understands any of Deathly Hallows when the only explanation for the horcruxes is that 30 second memory of a chat with Slughorn.

Also does anyone that has just seen the movie know or more importantly care why the movie was called Half Blood Prince? You see “Property of the Half Blood Prince” written in the book, you hear that no-one has found out through any books in the library who the HBP is and Snape says “Yes, Potter, I am the Half-Blood Prince” that is the only explanation in the movie. If it is important enough to name the ENTIRE book after maybe put a bit more effort into the actual story…

Fenrir Greyback makes an appearance in this movie too. The most vicious of all the werewolves he is responsible for inflicting the curse on Lupin and as explained in the books he has now developed such a taste for human flesh that he remains half werewolf always now. In the movie he’s just flouncing around with death eaters and able to fly around in the black smoke destroying tunnels, kidnapping Ollivander and shit. WHY?

WHY DID THEY ADD THAT BURROW SCENE????? (Screams ever single Potter fan)

Tonks and Lupin’s relationship was revealed by Tonks calling him Sweetheart. Nah, sorry Fam, don’t think she would use that term. Also, is that all we get that one exchange. I hate you David Yates (I don’t but I am finger wagging mad).

Dumbledore’s death scene was so, so, SO disappointing. I mean, I still cried because its Dumbledore and I’m a crier, but it was so well written, and it just fell flat. Harry would not have just waited there after Snape – a man he did not trust at all – shushed him like a patronising fool. It wouldn’t happen which is why Dumbledore does what he does in the book. Harry is reckless and he cares for Dumbledore too much to have just stood around like a bloody lemon whilst loads of death eaters and Snape are having a chin wag above him.

Loved the scene of Harry on liquid luck though – drunk Hagrid and Slughorn give me life. Lavender Brown is by far the best character in the movie and I think Draco’s isolation and desperation are captured so perfectly.