The one with the list - Nicki Bocker Glory
291
post-template-default,single,single-post,postid-291,single-format-standard,bridge-core-2.7.6,qode-page-transition-enabled,ajax_fade,page_not_loaded,,qode-title-hidden,qode_grid_1300,footer_responsive_adv,qode-content-sidebar-responsive,qode-theme-ver-26.1,qode-theme-bridge,qode_header_in_grid,wpb-js-composer js-comp-ver-6.6.0,vc_responsive 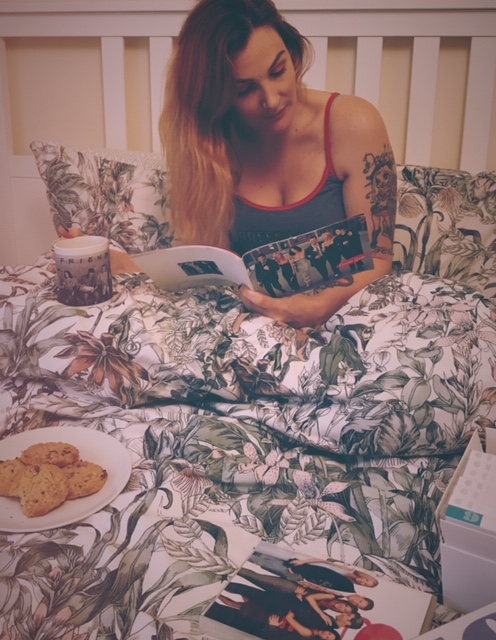 On this very day in 1994 a little show aired for the first time on tv in America. I doubt that Bright, Kauffman and Crane knew the absolute treasure they had created that was not only loved by millions worldwide in its heyday but is still coveted so much 24 years later.

When Friends first made it over to Britain TV it was first shown on Sky and we didn’t have it. It was dark days. My friends that had Sky would talk about it and I would just get all the FOMO. Then it made its way over to channel 4 and it was one of the most glorious days of my life. Watching a new episode week by week and then having a 6 month wait after the finale (Remember when Ross walked into the room at the beach house and no one knew whether it was Rachel or Bonnie’s room) was sheer agony. People these days have no idea just how lucky they are.

Sure, a few things have aged like VHS, none of them have phones and there is a lot of double denim but like a fine wine, it has just got better with age. It takes you back to where you were, those simpler times of setting your video player to record so you didn’t miss the episode when you all had to go out for your Nan’s birthday. To discussing what you think may happen in next weeks episode and the constant quizzes in magazines of finding out which one you were most like (I used to want to be Phoebe, but I think I’m more Monica without the cleanliness). Its familiar, they are always there for us.

Some millennials have been whinging about how some of the jokes are not appropriate anymore and picking out all the flaws in the characters but when we had it things were different. They just don’t understand. We took the show as it was, light relief. Easy entertainment, the days when you could laugh about stuff and not have someone make an official complaint about it (seriously, why is everyone so goddamn stressy nowadays?) So, in celebration of 24 years of the best sit-com ever and because its minging outside I’m going to list my top ten episodes.

1. The one where Ross is fine.
Ross was the ugly duckling in this show. The character that no one really liked and then he transformed into everyone’s favourite by the end. His face just makes me laugh and this episode is his stand-out (closely followed by PIVOT!). Every time I make fajitas I tell my husband “I’m making FAJITAS!”

2. The one with Phoebe’s wedding.
Not only am I so glad that Phoebe got to have some stability by finding the love of her life, but I am so glad that it was with an outsider and that they didn’t just pair her off with Joey. I am also thankful that they kept her as her. I also love how they drew a line under the streets being a place where her lowest times were spent to the happiest day of her life being held there in a magical blanket of snow. Oh god, everything is perfect, it just gives me life.

3. The one with the football.
Although it may not have been football sibling game rivalry on a seasonal holiday is something most people can relate too. This episode makes me think of my brother and how much we argued and hated each other when we were playing games, especially on the Christmas hype up. I’m pretty sure someone out there has tweeted that when Ross pulls Monica’s joggers down its creepy and incestuous followed by #metoo.

4. The one with the stoned guy.
Tartlets? Tartlets? Oh god I can’t cope. I have never been able to eat cheerio’s without thinking of this episode. They could not have got a better actor than Jon Lovitz, he is such a master of comedy. Also watching this episode stoned is even better – well, so I’ve been told.

5. The one where Heckles dies.
Just for the moving line from Chandler – who spends a lot of this episode in turmoil thinking he is Mr Heckles because of his life choices – “Goodbye, Mr. Heckles. We’ll try to keep it down.” Woah, something just flew into my eye…

6. The one with the routine.
Hands up, who has attempted to learn this routine whilst drunk? *Raises hand in glee* Only thing that ruins this episode is Janine. I detest Janine I think her character was flat and probably the only dislike in the entire series.

7. The Last one.
I sobbed my ass off through this double episode. It was ending, this was it. I have never been so conflicted in my life. I wanted to see what happened, but I didn’t want it to stop. We all knew that Ross and Rachel would be together but when you hear her say “I got off the plane” Jesus Christ, I wept like an absolute baby.

8. The one hundredth.
The 100th episode is the one when Phoebe gives birth to the triplets and her vulnerability in this episode is palpable. “Well, if you’re gonna cry…” OH MY GOD!

9. The one where the stripper cries.
Anybody else do the Danny DeVito shimmy when they hear ‘Tainted Love’ or is it just me? Probably his greatest role to date.

10. The one with the mugging.
I love Phoebe and Ross’s friendship they don’t have a lot of time together but when they are I think it is my most loved pairing. Jeff Goldblum is a guest star in this episode too as Joey has an audition and that’s always a bonus .

It was so hard to narrow this down when every episode is genius. I would like to send an apology To the Holiday Armadillo you are number 11 if that makes you feel any better. I’m off now to drink some gin, eat cookies and watch re-runs til 1am.