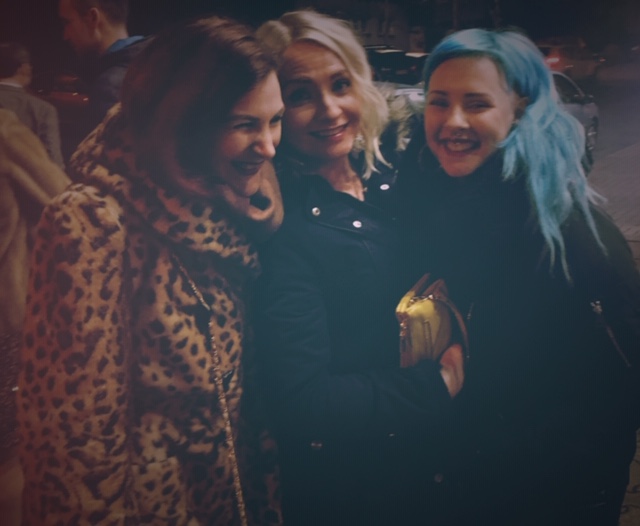 11 May Why do Ghosts exist?

I used to have a friend and we were inseparable. In our decade of friendship, we spent very little time apart. We were in school together, we worked together, we partied together, we nursed our hangovers in each other’s houses.

Some people asked if we were secret lovers because we were that entwined with each other we weren’t, I can’t even say we were more like sisters because it felt more than that. It was a friendship that I cherished and loved more than I will ever be able to express. It was the most intense friendship that could move mountains and make the waves come to a standstill. Or so I thought.

If you think that ghosting only happens between someone you meet on tinder that doesn’t know or give a fuck about you then you a wrong.
In 2009 I got ghosted by my best friend and some days, the pain is still as raw as when it happened.

I didn’t even realise it was happening at first because she moved to Australia for a year, so I put the non-replying down to time difference, settling in, job and flat hunting, all that jazz. It was only after 5 months in when someone in work who always spoke his mind when drunk said to me “She hasn’t replied to any of your Facebook messages and you’re starting to look a bit like a crazy stalker” I obviously had a heated discussion with him, told him to fuck off and marched off home in a huff.

I muttered under my breath in anger “What the hell does he know? She has replied, I haven’t even written that much etc” whilst angrily scrolling through her wall but it was there as clear as day. Nothing. Not one shred of news from her. Not one little like. No acknowledgement of existence at all. My heart shattered.

I had three messages from her over the course of two years. One telling me she was staying in Australia for another year. One telling me she was at a house party and they had a pug that made her think of me and one grovelling to me to forgive her behaviour after I finally snapped about the lack of contact when she didn’t acknowledge my daughter’s – her Goddaughter – 5th birthday.

On her return home I offered her a whole olive tree let alone a branch even though I hadn’t done anything wrong. I was willing to forget two years of tears, hurt and frustration. I was happy to look past the nights I literally cried myself to sleep because I didn’t know what I had done to make her not want to be my friend anymore. She just smiled and set it on fire. There was no show of promised effort. Not one single scenario of her making it up to me. I was just left with nothing but unanswered questions and feeling completely worthless.

Hindsight is a wonderful, beautiful thing and our friendship was not as special as I thought it was. She was shady over boys, tight with money and very selfish. I now feel our friendship was built on lies and convenience. I don’t even know if she actually ever loved or cared for me. From her absence I grew and more importantly I had room for my friendships with two of the most insanely incredible humans to grow. These two girls have no idea how much I love and cherish them and I know our friendship is real. We all got burned by this one girl and it made us realise just how much we love each other and how much we would never want to cause that type of hurt to each other.

If she had turned around and said something along the lines as ‘Nic, I’m sorry but I can’t cope or have room in my life for your constant cheese eating’ it would’ve stung but I would know. I would have explanation and closure but to go from living in each other’s pockets to not even giving a shit when I birthed a child with absolutely no rhyme or reason is something I don’t know I will ever get over. Once she got mad that one of our mutual friends that she dicked around called her cold hearted but that is exactly what she was.

Ghosting is shit. There is no need for it at all. I get that sometimes feelings alter and as time goes by you grow and change all the time and in that time the people that are in our lives may not be the right fit anymore. That is fine. It happens.
What we all need to be conscious of is – if that is how we feel – we don’t leave that person dangling like a tit in the breeze. I’m not talking about the natural petering out of friendships we all experience. I am talking about the silence. I am talking about the week later half arsed reply that involves no words of interest in your life.

If you don’t want someone in your life anymore have the decency to just say. There is nothing worse than being ignored for no reason. I know its hard trying to think of the right wording for saying to someone that its time to close the curtains on the pantomime that was your friendship but sometimes you just have to suck it up and be cruel to be kind.

Remember that at one point they were your world.