Why Labyrinth is the best movie ever - Nicki Bocker Glory
315
post-template-default,single,single-post,postid-315,single-format-standard,bridge-core-2.7.6,qode-page-transition-enabled,ajax_fade,page_not_loaded,,qode-title-hidden,qode_grid_1300,footer_responsive_adv,qode-content-sidebar-responsive,qode-theme-ver-26.1,qode-theme-bridge,qode_header_in_grid,wpb-js-composer js-comp-ver-6.6.0,vc_responsive 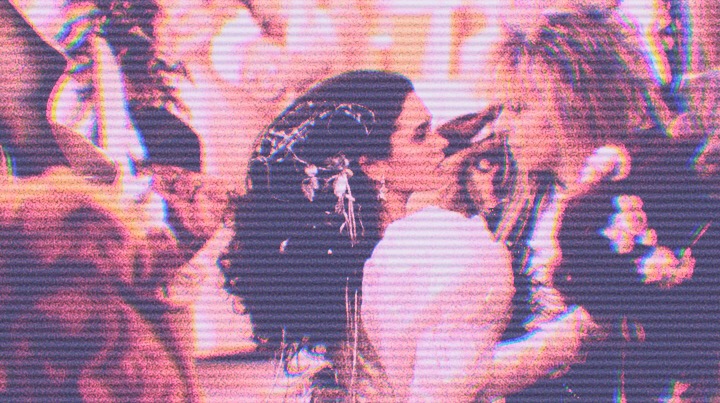 01 Jul Why Labyrinth is the best movie ever

If you were born in the mid 80’s/ early 90’s chances are – if you were raised correctly – Labyrinth was a staple in any taped-off-the-telly video collection. We had to re-record our copy because I watched it so much that our VHS chewed it up one day when I was rewinding it. I’m pretty sure I cried about it for days much like Sarah when she flings herself in dramatic dismay at the beginning of the movie.
As a kid I just loved the magic of it and obviously the songs but watching it again as an adult I realise just how much of a kick ass movie it is and here are the reasons why.

1. Those puppets though. No matter how good the CGI gets you can’t beat an intricate puppet. Jim Henson was the god of puppetry and I just don’t think they will ever be as good as they were back in the simpler times.

2. Teenage dramz. Every single teenage girl will at some point think that Sarah was based on them. Coming home at a certain time-not fair, having to babysit- not fair, someone taking shit out of your room – not fair. NOTHING IS EVER FAIR!

3. David Bowie. This movie would have been good regardless, but Bowie made it magnificent. There is no other person alive that could have played the Goblin King as well as him. He is the right mix of feminine and masculine which makes him alluring and powerful. His distinctive singing voice is the perfect tone for the movie. His hair is perfectly bouffey, his make-up is flawless. He gave us the perfect quote for whenever anyone is having a ‘nothing’s wrong’ strop. He’s just so god damn cool okay.

4. It is rife with sexual tension. This movie is hands down my sexual awakening. I got strange feelings for both Bowie and Sarah. Bowie because he was an ethereal King, bulging with masculinity and cruel eyes that made me want to run away with him never to return. Sarah had this incredible soft vulnerability that made her so damn beautiful that I could’ve been just as happy having sex with her as Bowie (It would be more Tender with Sarah though because of her softness.)

5. The soundtrack is perfection. Dance, Magic Dance is probably the best song from any soundtrack. Its so happy and cheesy. Its catchy as hell, everyone knows it and if anyone randomly drops “you remind me of the babe” into a conversation a full sing song ensues.

6. Sarah is a feminist hero. She starts off as a little whiny bitch but then she solves the Labyrinth and rescues her baby brother without the help of a man and then shoots down the most beautiful man to ever exist. How she ever manages to run away in the Ballroom scene when he has hold of her and is just staring at her so desperately I don’t know. I would’ve been like “screw Toby he can be a goblin, let’s go and make babies” but she doesn’t. Even after he says he will give her everything she could ever want or need, she literally says the line that every woman wants to say at a break up. YOU HAVE NO POWER OVER ME. I am shook.

7. The fashion. I found a wedding dress in a charity shop for £10 that is almost identical to Sarah’s ball gown and no one has had a fancy dress party for me to wear it yet (I have already dressed as Jareth complete with Toby) it was wedding dress goals, well, Sarah’s and Princess Diana’s. Bowie just looked sensational through the whole thing but his white feather ensemble at the end Jesus Christ I just cannot cope with his utter sexiness.

8. Friends are life. You really can get by with a little help from your friends and sometimes they are more powerful than a significant other. Ludo is best friend goals. He may not talk much but he is a giant cuddly protector and sometimes you could just really do with a rock both metaphorical and literal. He can be and conjure these. I know that if I ever needed to storm a castle my mates would be there in a jiffy.

9. Side characters. These guys can have just as much impact as a main character. The door knockers, the riddle gate guards, the helping hands, these are all quotable memorable side characters. The fireys gang are stuff of nightmares – pulling off their heads willy nilly and I always feel sorry for the lovable junk lady after Sarah tells her its all junk. She looks genuinely horrified before she disappears, poor lamb.

10. The Worm. If you can get by life without quoting the adorable little worm when someone says, “Come inside” or “Don’t go that way!” then are you even alive?

It’s hard to believe that this movie is now 32 years old, yet it is still so amazing. I’m totally going to watch it now but obviously through tears because I just really, really miss David Bowie.