I kissed a girl and I liked it - Nicki Bocker Glory
435
post-template-default,single,single-post,postid-435,single-format-standard,bridge-core-2.7.6,qode-page-transition-enabled,ajax_fade,page_not_loaded,,qode-title-hidden,qode_grid_1300,footer_responsive_adv,qode-content-sidebar-responsive,qode-theme-ver-26.1,qode-theme-bridge,qode_header_in_grid,wpb-js-composer js-comp-ver-6.6.0,vc_responsive 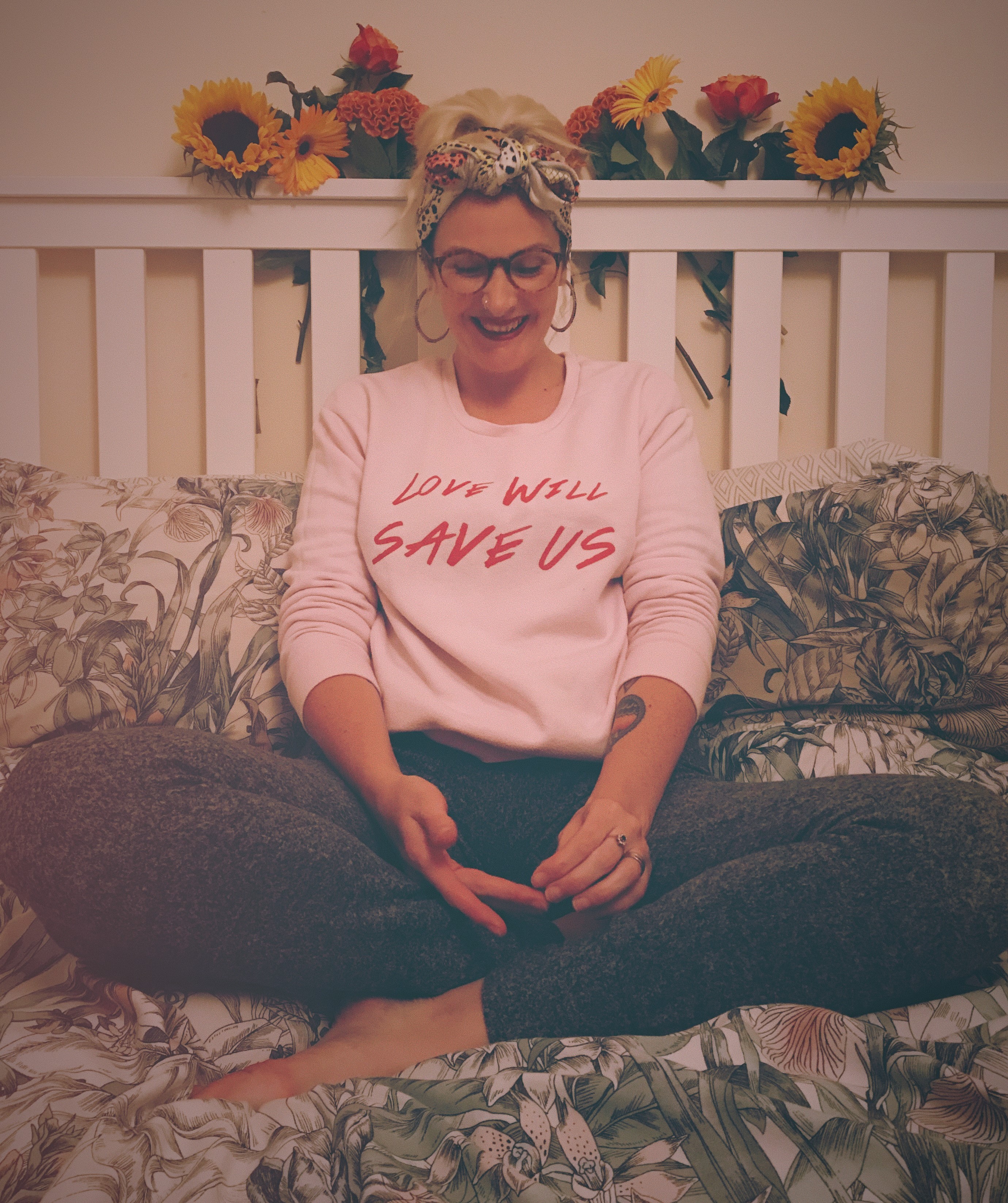 23 Sep I kissed a girl and I liked it

Posted at 21:20h in Blog by Nicki Smalley 0 Comments

I want to paint a picture for you. It’s a cold Saturday night in 1994. You have snuggled on the sofa next to your parent / grandparent / sibling/ babysitter. You are ten years old. You have watched blind date and next up is Gladiators.
The music starts, its all very exciting and you all start singing along like you are some weird metal band “Can you feel the power of the Gladdddiators?” Everyone is hoping that Wolf is in this episode (he always was, he was the panto villain after all) the adults would discuss which one was one “roids” and as you had no idea what this was, you assumed it was another tv show. Your sibling will at some point start smacking you in the face with a cushion and every time someone says stop it the reply would always be “But it’s the duel, its my faaaaave” until eventually you get the old zip in the eye and it gets snatched out of their hands and their pocket money has been stopped again.
Gladiators was just TV gold. The characters they created were hilarious, They all had strong, intimidating names either some sort of dangerous animal, Mythical Gods or fast transport.

There was someone for everyone’s tastes. Even Ulrika Johnson was lusted after many a Dad. My Dad liked all the blondes. My Mum liked Shadow; my brother just liked everyone. There was only one for me and that was Jet. Jet was one of the biggest stars of the show – liked for her constant somersaulting and flipping around she was absolutely mesmerising. She had absolute hair goals long, thick brunette locks that were so shiny and luscious. I was obsessed with her. I loved watching the show because it meant I could watch her and I would feel genuinely sad if she wasn’t in that one episode as they were on rotation. I had a giant poster of her that was on the wall directly in front of me and she was crouched down in some sort of predatory prey stalk pose. I used to look at her a lot before going to sleep and never thought anything of it.

I used to go to drama club and a few years later when I was 13 a girl that was a little bit older than me joined the class and her hair was long and luscious and a gorgeous brunette shade and it made me think of Jet. I would often look at her as she would play with her hair whilst we learned our songs and think things like she had a lovely neck or how her fingers brushed her hair so softly and I would think of Jet and that poster and I would think of Jet’s lips and the fact that you could see down her top and it made me feel the same as when I looked at posters of Mark Owen from Take That.

I didn’t know what it meant because I was from a small town and grew up in a Christian family. We spent all our time in church or with the church people and girls liked boys and that was that. I couldn’t stop thinking about this girl though in Drama club. For the next year I spent every class sitting next to her and asking her if she wanted to do stuff outside of class which she never really did until one day we went down Penarth beach to smoke a cigarette and somehow, we ended up having a kiss. She freaked out and left. I had never felt so alive and then never had I felt so guilty about what I had done. The Lord, my saviour (as we referred to Jesus as) would never accept me after what I had just done. I prayed and prayed to make these thoughts and feelings go away and I would talk about boys constantly. If I got a crush on a guy, I would talk about them all the time and just make it a mission to make them my boyfriend if they were accessible or I would make collages and folders if they were celebrities. I thought if I filled my head with nothing but lust for boys then this would just go away.

It never went away. It just got stronger and stronger. I told a lie to my friend saying that my sister had sat us down and told us she was a lesbian to see how she would react. Apart from a few oh my gods she didn’t really say much. Then, with any lie you eventually get caught out and, in my stupidity, I didn’t think about the trail. She told her cousin who was friends with my sister’s best friends’ sister and she came up to me and asked if I had said that my sister was a lesbian. I played dumb and just got myself in more trouble because my friend came up to me and said you told me she sat you all done and said she was a lesbian. My reply? “She thought she was but she’s not anymore” What a ridiculous thing to say but I couldn’t say the truth. I couldn’t turn around to her and say It was me that might be gay. I couldn’t. I couldn’t tell my friends because they would think I was disgusting and I couldn’t tell my family because they would disown me and I certainly couldn’t tell church.

It took me a while to say anything out loud because I just didn’t know how to or what I was. I still really liked boys but I felt the same way about girls and I just didn’t understand. I confided in three friends in Drama one morning that I thought I might be gay and everyone knew by the end of the day.

In the years that followed I was tested but also so free. I went to a few gay clubs; my sister took me after I told her about it. I was obviously very underage and was not allowed to breathe a word to my parents that not only did she take me out but she got me drunk and it was at a gay bar. Natalie embraced me and encouraged me to explore which I didn’t think I would get from other family members. I only had one serious relationship and during that time I had a physical fight with her best friend but I am not sure if it was homophobic or just the fact that we hated each other and she was gutted I was seeing her best friend and I had my Aunty actually slam her cutlery down mid meal push her chair back and leave the table and ignore me up until I birthed a child with a boy.

I have been called a dirty stinking lesbian (not factual because 1. I’m not a lesbian and 2. I shower daily – sometimes twice) a dyke. I have been chased and had things thrown at me I’ve suffered a bloody nose but none of this bothers me.

The thing that gets to me is the invisibility that bisexual people face, even now. Bisexuality is all the rage if you are alternative. The amount of times I had girls – including mates of mine – that would want to snog because they were “bisexual” (they just wanted to look cool and sexy in front of guys) was mind blowing. I mean I always made out with them because why the hell not but it was hard being used as a pawn in their little games. None of these girls – I’m going to be graphic – was going to go down on me so sorry Honey, but you ain’t a gay.

Being bisexual is considered greedy or attention seeking and I have suffered homophobic remarks – a plethora of them coming from the gay and lesbian community which has been shocking and confusing. I didn’t comprehend how someone who experienced the same feelings as me towards the same sex couldn’t let go of the fact that I still had feelings for the opposite sex. Gender is so irrelevant to my attraction and it was hard to have to constantly explain that. Being out as a gay or lesbian person it was as definitive as a straight person. Bisexuality blurs the boundaries and people are uncomfortable with fluidity.

I got married to a man so I had a lot of “So, it was just a phase then?” or even better “I knew you were just doing it for attention!”. EYEROLL. I hate attention. Also, your opinion of me has no relevance to how I live my life. If My husband and I ever go our separate ways – even after being with a man for 15 years – there is still a 50% chance I could date a woman because babes, it ain’t just a phase. I have preferred female relationships in the past because its more emotionally connected. Women spend more time being attentive and nurturing. We want to explore the body and the soul and we understand one another in a way a man can’t. it’s softer, more ethereal. Plus, I really like boobs. Like I am obsessed with them.

Most importantly, my children have grown up in a house where I openly talk about previous girlfriends and LGBTQ and it is normal because it is normal. They have no prejudice. They have no confusion over anything. Feelings are feelings. If they are nice people that is all that matters. I couldn’t give two shits about who they date as long as they are kind to them. I will obviously be devastated if they date a serial killer or worse – a Conservative.

So today, on Bi-visibility day, I want you to see me. I am here and I am (semi) queer and I always will be.