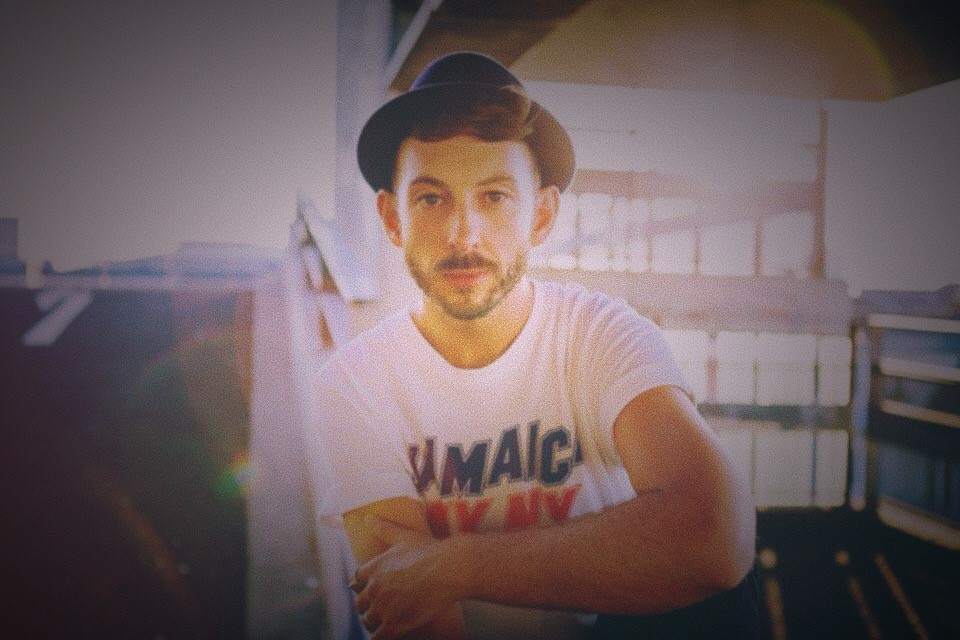 Posted at 20:02h in Blog by Nicki Smalley 0 Comments

My hometown where I grew up was idyllic. The town was littered with Victorian townhouses, BMW’s, lush green areas to picnic on and the seaside. We had a Woolworth’s and a Blockbusters – which is all you needed from a town when you were a kid.
We also grew up in the time when you were mates with your neighbours and all you wanted to do was to be outside playing water fights or round the park. Riding your bikes around like the gang in Stranger Things, minus the Demogorgon was our favourite past time.

I was lucky enough to have a best friend that lived on the other side of the road in the shape of the guy with the loveliest smile and the funniest sense of humour. His name was Richie and we spent our summers for a good few years glued to each other’s side.

“I remember the fact that we were good kids, we didn’t cause trouble, we weren’t going out and getting wrecked, we just spent most of the time watching ‘A chorus line’ and learning the dance routine”

For those of you that haven’t heard/seen A chorus Line – it is a musical that shows you the ins and outs of a Broadway audition for – you guessed it – a chorus line. There is a big group dance number at the beginning whittling out the shit dancers and there is a lady in a green lycra two piece that does a hilarious hip pump thing and we just used to watch it repeatedly doing impressions of it.
We didn’t really fit into our hometown groups. We weren’t quite moshery enough for the skating crew and we weren’t townie enough for the other crew and we didn’t like rugby. If you are welsh and you don’t like rugby, it’s unforgivable.
More so for Richie. The rugby club had been run by his Grandad and then his Dad. His brother was an incredible rugby player and Richie had to spend a lot of time down the club.

“When I was there, I was there because I had to be. The family were there all day, so I needed to be. I didn’t play. They tried to get me to for a while but after telling them that I didn’t want to, I just stayed out back with my Mum buttering bread for the sandwiches and not really understanding why it was such a big deal that I didn’t want to play rugby.”

Richie knew he was different to how a boy should be from a very young age. He liked sparkly things and toys that are not made for boys.

“We were at a Christmas party and Santa had a sack for boys and one for girls and the boys got a helicopter and the girls got a doll. When it was my turn, I got the present and I said “Actually Santa, I really want the doll” after lots of Santa explaining that boys get the helicopters and me still being persistent that I wanted the doll and not the helicopter, I got the doll. I have a photo of me clutching it and my cheeks are so red.”

From happiness?, I ask

“No, because I knew it was not right what I just did. I was embarrassed because I shouldn’t have had the doll. Round my Nan’s house there was a dress up box with sparkly dresses and feathers and stuff and I would put them on and then take them off quickly because I didn’t want to get caught. I knew it was wrong and I wasn’t worried I would get in trouble more that I would embarrass everyone. Even though my Mum had bought me dolls I only ever played with them at night, in secret. I would stuff them down the side of my bed, so they were hidden. It was always a dirty secret.”

In our teens – Richie was referred to by others as Gay Richie. Richie had not come out and to me he was just Richie. I didn’t think of him as gay. Not when he was at my house learning the Chorus line Routines. Not when he had a life size cardboard cut out of Geri in her union Jack dress. Not when he copped off with his girlfriend.

“I remember kissing her and thinking “Yeah, this ain’t for me, not because she was a bad kisser but because she was a girl” I had a boyfriend at the same time and our song was ‘I believe I can fly’ by R Kelly (So awks), their song was “Lesbian seagull” from the Beavis and Butt-head movie. Having girlfriends made no difference to everyone in school.

“The remarks were relentless. Every day I had Gay boy, batty boy etc. All day every day and it is so draining. The only way I could protect myself was to become defensive and pick on them back and I joined the drama club. In the drama club I could just be Richie, I found my tribe but outside of that I was Gay Boy.”

I have a video of Richie filmed in the pub from when we received our A Level results and even there, surrounded by the skaters who always paraded themselves as safe they mock him. I was making a video for my boyfriend who was moving to America for a while and the guy Richie had been mates with for years and years who is sat next to him on the bench remarks “Gay boy Richie wants to suck your cock” it’s just bants right?

“They always saw it as banter but when it is all day every day it isn’t banter. I hadn’t come out. No one knew, I wasn’t even sure if I knew fully that I was gay. They decided I was, so I was. I think it also pissed them off that I was friends with all their girlfriends. There was a lot of jealousy, so they had to tear me down but in a funny – just joking – way so they didn’t upset their girlfriends too much.”

The day Richie came out to his family was also not his decision. He met his sister-in-law for drinks and after many questions about whether he was seeing someone he replied’ Yes I am and he’s really nice’ after chatting about it he asked his sister in law to not say anything to his brother and that he wanted to tell him himself.

“I was getting weird messages from my brother asking if things were okay, how drinks were the night before etc and then when a few hours later I had “Look, she’s told me that you’re gay”. I asked him not to tell Mum and Dad because I wanted to be the one to tell them and I wanted to do it face to face. Inevitably, I had a call from my parents and quickly realised that no one understands the sentence I want to tell them myself.”

Living in London in a house full of gay men, Richie could be himself without judgement and name-calling until he started the audition circuit. Instead of the comments of him being gay it was now “You could do with losing weight”.
Again, I never ever saw him as overweight or chubby or anything along those lines, but Richie recalls even having one of his Dad’s mates’ comment “Christ, you’ve put on a lot of weight!”

“I was a kid and sat in the car and he just said that to me. He would never have said that if I was a girl and it’s another thing, I was name-called about – a chubby gay boy”

Richie could control that though. He couldn’t control the fact that he was gay, but he could do something about his weight.

“I became obsessed with working out and calories and I lost so much weight and I felt amazing. The more weight that came off the more driven I became, and it wasn’t until I told my friends that I had been cast in a pretty big role in Rent and the character was a HIV sufferer that I realised I had taken it too far.”

“Rich, it’s because you’re so skinny, you kinda look like you have aids”

The realisation that now he was the so skinny I look ill gay boy was a bitter pill to swallow. Richie is a tall drink of water and losing a significant amount of weight against his tall frame he didn’t look lean, he looked ill. A side effect to the controlling diet also brought on severe anxiety and panic attacks.

“One night my panic attack was so bad I thought I was going to die, and I got my boyfriend to call an ambulance. I was convinced I was having a heart attack.”

He relaxed his diet and working out and enrolled himself into a two-month course of cognitive behavioural therapy. CBT therapy is a based on how our emotions, behaviour and thoughts interact with each other. Our thoughts determine our feelings and how we behave when feeling the feels i.e. negative thoughts will have a negative impact in our emotions and behaviour and be detrimental to our everyday wellbeing.

“CBT therapy taught me about the big grey area between the black and white. When you have anxiety, you can go directly into the extreme black, so I was taught about the grey. The grey area is where you know that it’s okay not to be perfect, you shouldn’t beat yourself up about it and sometimes you will just have a shit day and that it’s normal. My Mum also bought me the “Fuck it” book and that helped.”

Richie has now built a new life in Hamburg with his fiancé. His biggest hurdle is still his defence attack.

“I find it difficult not be defensive. I can’t let things just go, even to the point when someone asked why I had some glittery nail varnish on my nail I was so curt with my reply I probably create more tension than needed.” But that is what Richie has. He has the strength and right to let people know that he doesn’t give a shit what they say or think, and he will be the person that he is and do it unapologetically. And so he should.

We still have so far to go in the way of the world becoming liberal. Richie’s Dad will call out anyone in the testosterone soaked rugby club that dares to use any derogatory gay slang, Proudly shouting at them “My boy’s gay, you going to say that again?” whereas before he may not have batted an eyelid at any derogatory gay banter if Richie hadn’t come out.

Whilst it is getting better in some ways, in others it seems more hateful. People aren’t afraid to spew truly vile words in the same way that people aren’t as afraid to stand up for themselves. Whilst Queer Eye is paving a way of showing that gay men can just be referred to as men – Our politicians are causing more divide; social media is giving everyone – including the scum – a voice.

My voice wants to say that Richie is awesome. He is talented and funny and such a sweetheart, and I owe him a lot because he was a really good friend to me when I went through some dark stuff. The fact that he is gay is as irrelevant as the fact that you are whatever sexuality you are.

His name is Richie. That’s all he needs to be called.